Julia was watching her favorite cartoon “totally spies” as usual after breakfast. When Danny finished his he wanted to join her but the problem is he doesn’t like it a lot. “Can we watch another thing”, he asked pitifully. “not now Danny, maybe after the cartoon.”. Julia wanted to go to the bathroom for a minute and come back. It was the best chance for Danny to steal the remote. When Julia came back, she told him angrily “Daaaaany! get me my cartoon”. “ehhh!”, he pretended. “I said get me my cartoon”, she repeated. “ehhhh! what???”. “grrrrrrrr…. you can’t listen now haaaa”. It was quite the end of the cartoon when Danny lastly decided to answer her LOL.

Sound e video: How to pronounce the /e/ sound:

e is a vowel sound that has two forms short and long. We are more interested in phase 2  to teach the kid the short one in order not to confuse them. The /e/ sound is similar to the/i/ sound but we said before when we were presenting the /i/ sound that the latter is more like a thin rat sound but this one is more straight and near to pronouncing the letter A in a short way. The /e/ sound is in egg, bed, and net.

Use our phonics phase 2 flashcards to practice some pronunciation activities with your kid:

You can download and see all the flashcards in pdf printable designs for free. 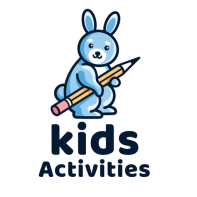